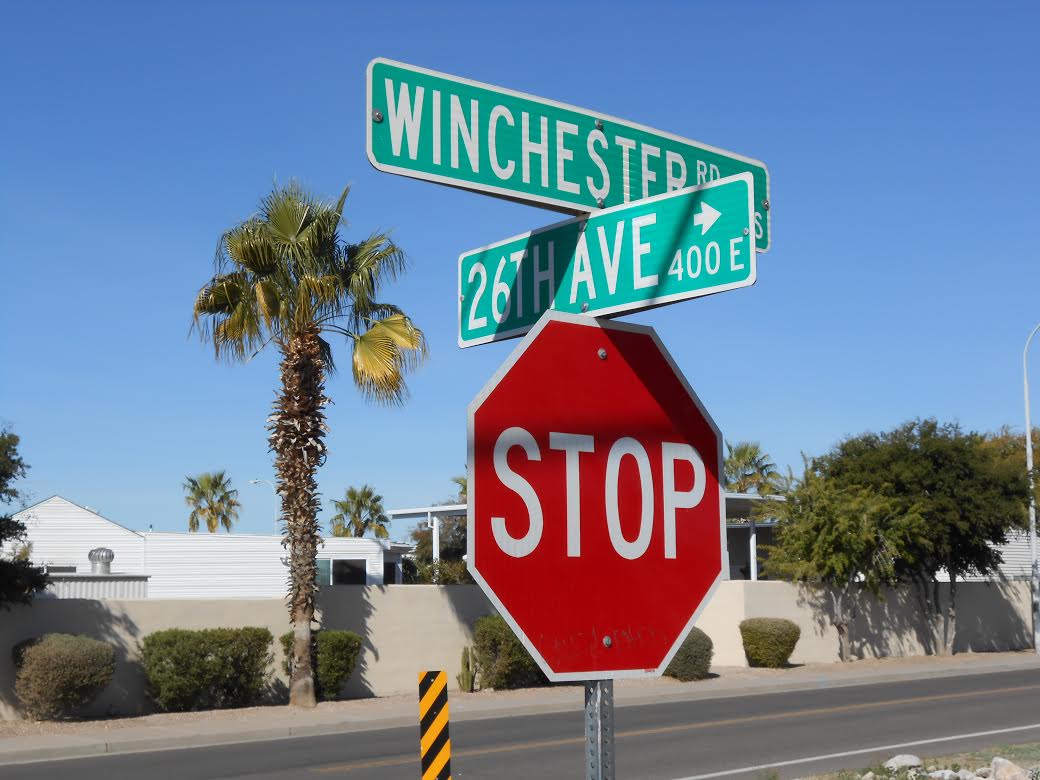 Mid-West GIS was contracted by the City of Apache Junction to create a comprehensive traffic sign inventory using GPS data collectors, and migrated into an ESRI personal geodatabase model. The project entailed collecting over 180 miles of road in a city with a population of 35,000 summer residents, and over 75,000 winter residents. Apache Junction is a popular winter time vacation destination in the eastern suburbs of Phoenix.

It took Mid-West GIS approximately two months to Collect, Quality Control, and deliver the data to the city. There were over 7,000 signs collected, and 24 different attributes documented,. Mid-West GIS also implemented a sticker based bar code system for the city. This entailed placing a sticker on the back of each sign and documenting the bar code number in the attribute table. In addition, one digital photo was taken of the face of each sign and hyperlinked to the GPS point.

“Mid-West GIS was contracted to conduct a city wide sign inventory in winter 2014. The crews worked efficiently to complete the job in a timely manner and ahead of schedule. They were also very thorough and consistent in the data collected for each asset. During the inventory Shane and Joe kept in frequent contact to assure we knew the status of the project. Their many years of experience is evident in the product they provide. I would use them again for any future GIS or data collection projects and would highly recommend them to anyone.” Joseph Kliner GIS Technician City of Apache Junction, AZ