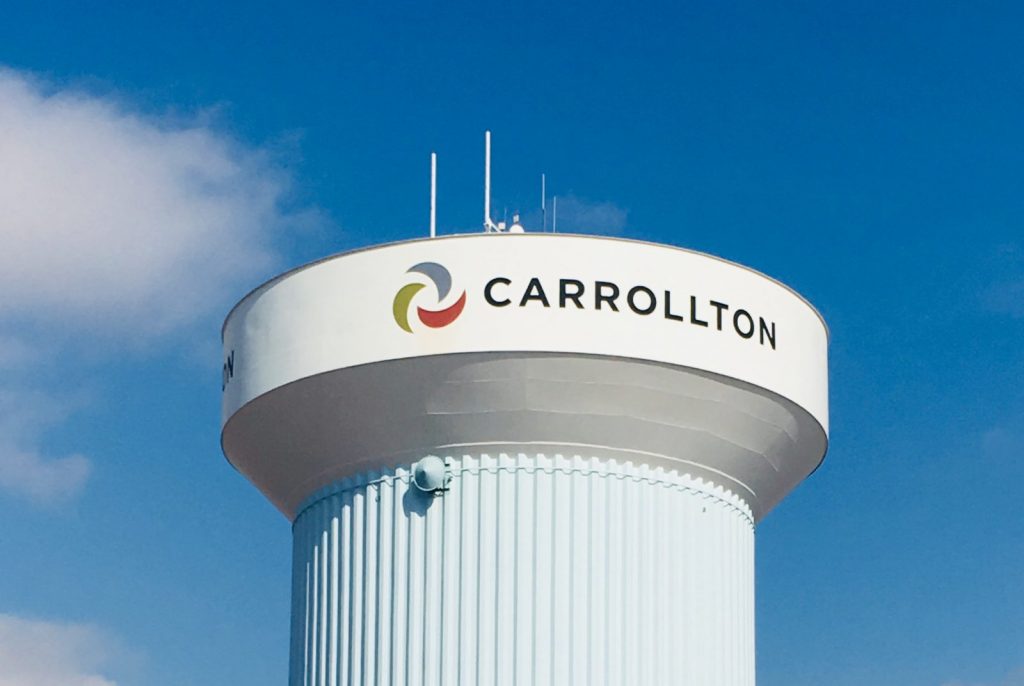 Mid-West GIS was contracted by the City of Carrollton, Texas to create a comprehensive traffic sign inventory using GPS data collectors, and migrated into an ESRI personal geodatabase model. The project began in March of 2018 and was successfully completed by July 2018. The project entailed collecting over 1,200 miles of road in a city with a population of over 135,000 residents. Carrollton is located in the Dallas Metroplex in the great State of Texas.

It took Mid-West GIS approximately five months to Collect, Quality Control, and deliver the data to the city. There were over 20,000 signs collected, and over 20 different attributes documented. In addition, one digital photo was taken of the face of certain types of signs and hyperlinked to the GPS point.

With high traffic volumes the city posed the challenge of being able to safely and accurately collect signs on major arterial roads such as Beltline Rd running east and west. The city allowed the use of a side by side all-terrain vehicle equipped with slow moving vehicle signs, and amber safety light that allowed us to maneuver down the right away without slowing or interfering with traffic. This was much safer, and did not require blocking traffic at all. This will be incorporated into future projects that pose the same type of traffic challenges.